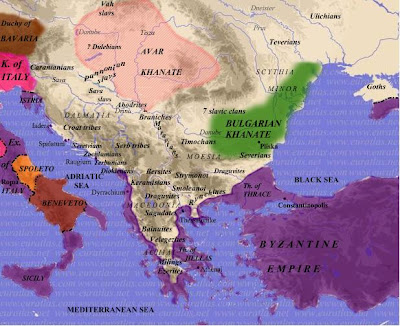 The first appearance of the Slavs in the Byzantine Empire can be dated no earlier than the 6th century. Throughout this century, beginning with the reign of Justinian, Slavs repeatedly invaded the Balkan possessions of the Byzantine Empire. Not until the reign of Maurice, however, did any Slavs settle in these territories. Between the years 579-587 there took place the irruption of several barbarian waves led by the Avars, but consisting mostlyof Slavs. The latter came in great numbers, and, as the troops of the Empire were engaged in the war with Persia, they roamed the country at will.
Slavs devastated Illyricum and Thrace, penetrated deep into Greece and the Peloponnesus, helped the Avars to take numerous cities, including Singidunum, Viminacium (Kostolac), Durostorum (Silistria), Marcianopolis, Anchialus, and Corinth, and in 586 laid siege to the city of Thessalonica, the first of a series of great sieges which that city was destined to undergo at their handss What is more, they came to stay.

"The Slavonians," wrote John of Ephesus in 584, "still encamp and dwell in the Roman territories and live in peace there, free from anxiety and fear, and lead captives and slay and burn." The counter offensive launched by Maurice after 591, following the successful termination of the Persian war, had the effect, on the whole, of checking the repeated incursions of the Avars, who then seem to have transferred their operations farther west beyond the limits of Byzantine territory. The treaty of peace which the Empire concluded with them in possibly in 601, fixed the Danube as the boundary line between the two powers, but left the way open for the Byzantines to cross that river and chastise any Slavs that might appear dangerous.80 There is no indication, however, that the Slavs who had penetrated into the Empire were forced to retire beyond the Danube, or that they did so of their own accord.
Settlement of the Slavs in the Balkan Peninsula occurred mainly in the 7th century, more specifically during the disastrous reign of Phocas (602-610) and the early years of Heraclius. The Chronicle of Monemvasia says that as a result of the invasions of the Peloponnesus by the Avars, many of the Peloponnesians emigrated, the Corinthians going to the island of Aegina, which, of course, is not very far from Corinth.
George Ostrogorsky (in brief ) mention as about this Issue:

"...The Slavs in Peloponnesus were in big numbers from 587 to 805, i.e. for 218 years, according to the invaluable "Chronicle of Monemvasia". In 805 took place the open revolt mentioned by Porphyrogenitus. The crashing of the revolt and the slaughter of the Slavs, followed by resettlement by Greeks from Asia Minor and Aegean Islands , marked the end of the strong Slavic Presence in Peloponnesus. The small numbers of Ezeritai and Millingi who survived on the mountain refuge of Taygetos , a very small mountainous area of Peloponese, had no practical consequence on the Byzantine sovereignty, although these people were still there, on their mountain lair, even in the 14th century (last record)...".


The Chronicle of Monemvasia was first used as a primary source for the history of the Slavs in Greece by Jacob Philip Fallmerayer, the German journalist who claimed that the modern Greeks were descendants not of ancient Greeks, but of Slavs and Albanians whose ancestors had settled in Greece during the Middle Ages and had learned to speak Greek from the Byzantine authorities. Monemvasia was founded by Lacedaemonian refugees at the time of the invasion of the Peloponnesus by the Slavs during the reign of Maurice.
Peter Charanis mention as about this:
"...Slavs, then, not only settled in Greece, but did so in considerable numbers. Though the date of this settlement has been a subject of dispute, the evidence points to the period which extended from just before the beginning of the reign of Maurice to the early years of the reign of Heraclius. That more Slavs may have come later in no way alters this fundamental conclusion. The settlement of Slavs in Greece does not, however, mean that the Greek population was completely obliterated. Despite the Slavic flood, the Greeks held their own in eastern Peloponnesus, in central Greece, including Attica (a region which is known to have been a theme as early as 695), and, of course, in the islands. A number of strongholds are known to have remained in the hands of the Byzantines. In the Peloponnesus there was Monemvasia in the south and Corinth in the north. In central Greece there was Athens, where, if we may believe a hagiographical text, a Cappadocian conversed with philosophers and rhetoricians in the 8th century.
And farther north there was Thessalonica. These strongholds, even Thessalonica, were not great urban establishments in the 7th century, nor for that matter in the eighth, but they were to serve as centers for the pacification, absorption, and eventual Hellenization of the Slavs in Greece. Thessalonica in particular may be called the savior of Greece from the Slavs, for had she succumbed to their repeated attacks in the sixth and seventh centuries, the chances are that Greece would have been completely inundated by them. In the end, the Slavs in Greece proper were absorbed and disappeared from history. Fallmerayer's statement that there is no real Hellenic blood in the veins of the modern Greeks cannot, therefore, be accepted...".


Also the great Russian historian Alexander Vasiliev mention as about the Fallmerayrs influence as about his propagandistic work :
"...Scholars have frequently disputed the originality of Fallmerayers theory. His opinion was nothing new. Slavonic influence in Greece had been spoken of before his time, though he was the first to express his judgments decisively and openly. In 1913 a Russian scholar stated on good grounds that the real originator of Fallmerayerʹs theory was Kopitar, a scholar of Slavonic studies in Vienna in the nineteenth century, who developed in his writings the idea of the significant part played by the Slavic element in the formation of the new Greek nation...".
From the above is clear that there is not any question as about in when and where appeared the Slavs in Greek peninsula and specially in Peloponnesus and the most important how long keep the Slavonic stronghold in the specific area.Greek presence was and is strong during in that invasions.Remarkable is the dialogue between Charanis and Setton as about this, given from Florin Curta :
"...Almost half a century ago, three polemical articles appeared in Speculum on seventh century Corinth. Apparently, the debate opposing Peter Charanis to Kenneth Setton was about an obscure episode, the alleged conquest of Corinth by a group of nomads known to Byzantine sources as Onogurs. In fact, at stake was more than just the interpretation of a confusing passage in a late source, namely a letter of Isidore, the fifteenth-century metropolitan of Kiev, who had allegedly preserved "a reminiscence of a Peloponnesian tradition". In his first article, Setton reacted against Charanis's earlier work, in which he had treated the Chronicle of Monemvasia, one of the most controversial sources for the early medieval history of Greece, as "absolutely trustworthy". According to Setton, the Chronicle was no more than "a medley of some fact and some fiction" that historians should use "with caution". Charanis had taken the Chronicle at face value.
By contrast, Setton believed it was ludicrous to claim that the Peloponnese had remained under Avar-Slavic domination for 218 years. According to him, "much of the Slavonisation of the Balkans and of Greece" was the result of peaceful settlement: "unknown numbers of Slavs" came "at unknown times and under unknown circumstances". There was, however, no such thing as a Slavic conquest of Greece. The Slavs came, but they did not conquer. In response, Charanis wrote of Slavic domination and great numbers of settlers coming to Greece during the entire period from "just before the beginning of Maurice's reign [582-602] to the early years of the reign of Heraclius [610-641]". He attacked the "official version of the Slavic problem in Greece" espoused by Stilpon Kyriakides: "no Greek scholar, writing in Greece, has ever acknowledged that Slavs settled in Greece during the sixth century"...".
And Florin Curta conclude as about this debate:
"...In reality, the controversy was substantially different from everything published until then on the "Slavic problem". Kenneth M. Setton and Peter Charanis "infused the study of the texts with information from numismatics and archaeology". Setton first used the archaeological evidence to support arguments derived from the interpretation of written sources. Despite his criticism of Charanis, he believed that the archaeological evidence confirmed "to some extent" the Chronicle of Monemvasia, "especially as to the Greek abandonment of Corinth". He noticed that the largest number of seventh-century coins from Corinth had been found on the Acrocorinth and that such finds were rare in the lower town, a distribution he further interpreted as indicating that the inhabitants of the citymoved "within the protection of the precipitous heights of the citadel". Charanis's interpretation of the distribution of coins on the Acrocorinth differed only in that he viewed it as an indication that the Avars had severely damaged Corinth and that, as a consequence, all economic activities indicated by coins had been transferred to the Acrocorinth...".

Source and Works that you must read:
1-Peter Charanis, On the Capture of Corinth by the Onogurs and Its Recapture by the Byzantines, essay 1952


6- Alexander Alexandrovich Vasiliev, A History of the Byzantine Empire. 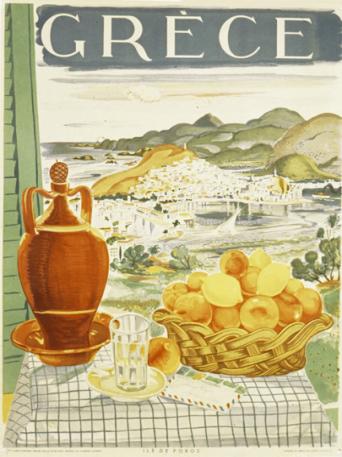 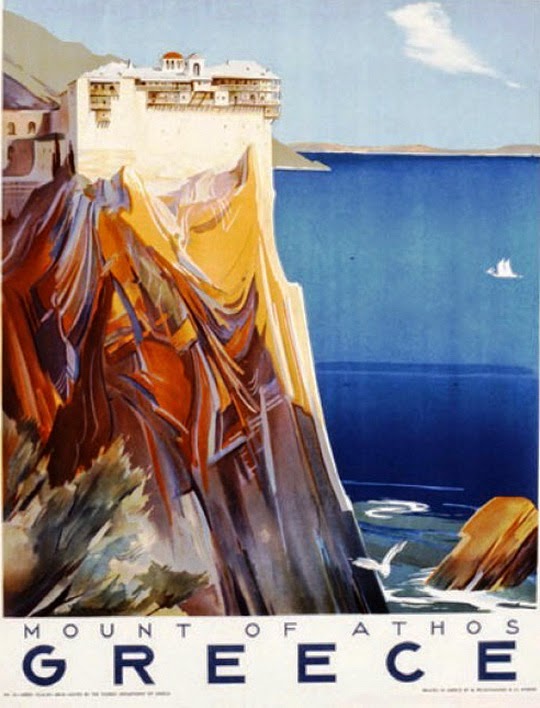 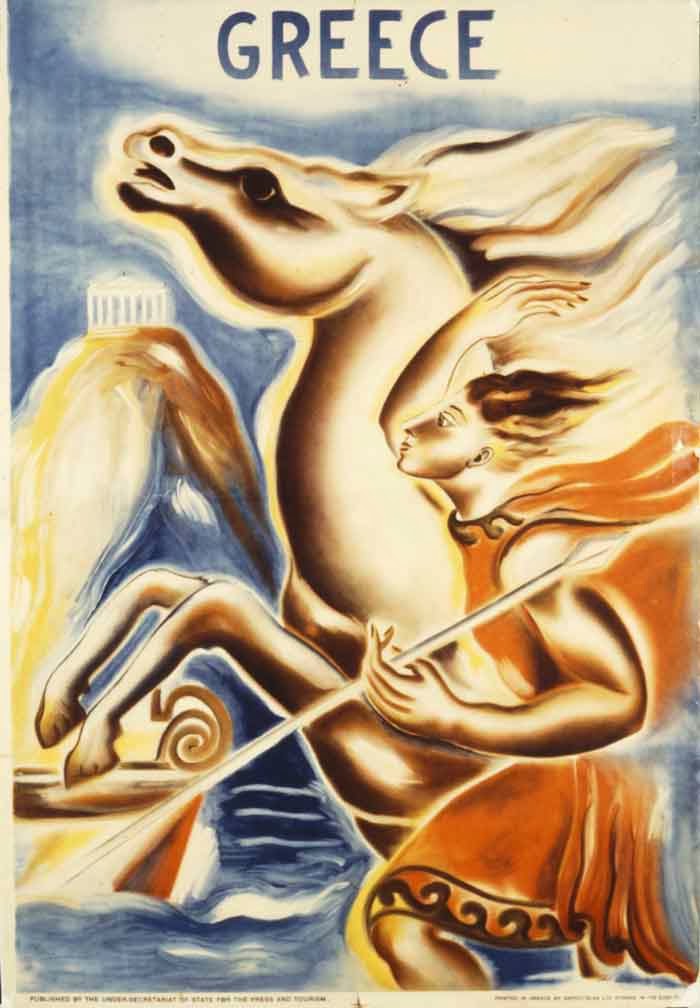